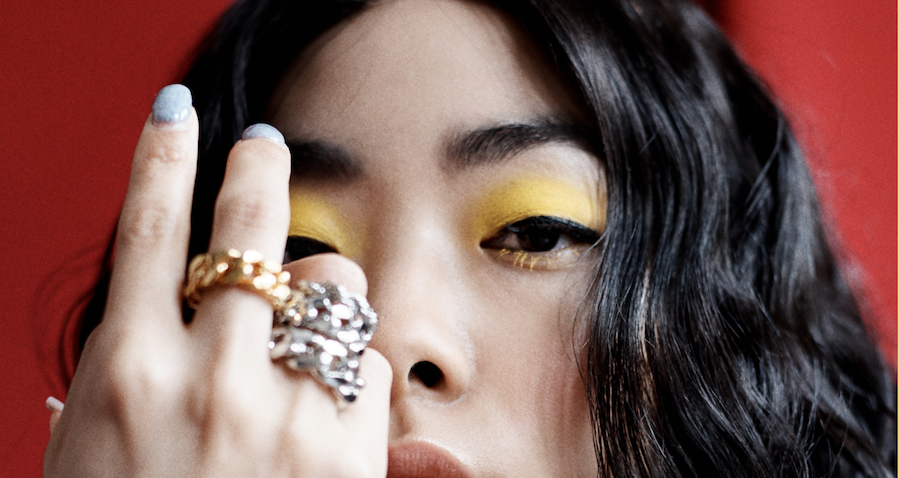 The rising British-Japanese songwriter is making the pop world more relatable — one glittery, retro-sounding synth banger at a time.

Not long after I meet the British-Japanese pop singer Rina Sawayama at the Public Hotel in SoHo, I get my first dose of her anxiety. This particular bout is triggered by two upcoming performances she has scheduled at the Mercury Lounge in lower Manhattan. “I’m always totally underestimating myself, so when I put it on sale I was like, It’s not gonna fucking sell,” Rina says. The shows sold out in three hours.

If anything could have tipped me off about her insecurities, it would have been “Cyber Stockholm Syndrome,” the closing track on the eponymously-titled mini-album that she released independently last November. A swirling soup of bright Britney-style pop glitter, “Cyber” tells the story of girl at a party who is unable to abandon the captivating blue light of her cell phone. It’s the perfect ending for a project that delves deep into the relationships we have with technology — a subject that Rina, who is still unsigned, was initially unsure of how to tackle. That story is about the ups and downs of tech-overload. “It’s a journey about how the internet makes me feel and how it relates to joy in a different way, and then, at the end, just being OK with the fact that things are always going to be a little bit shit.”