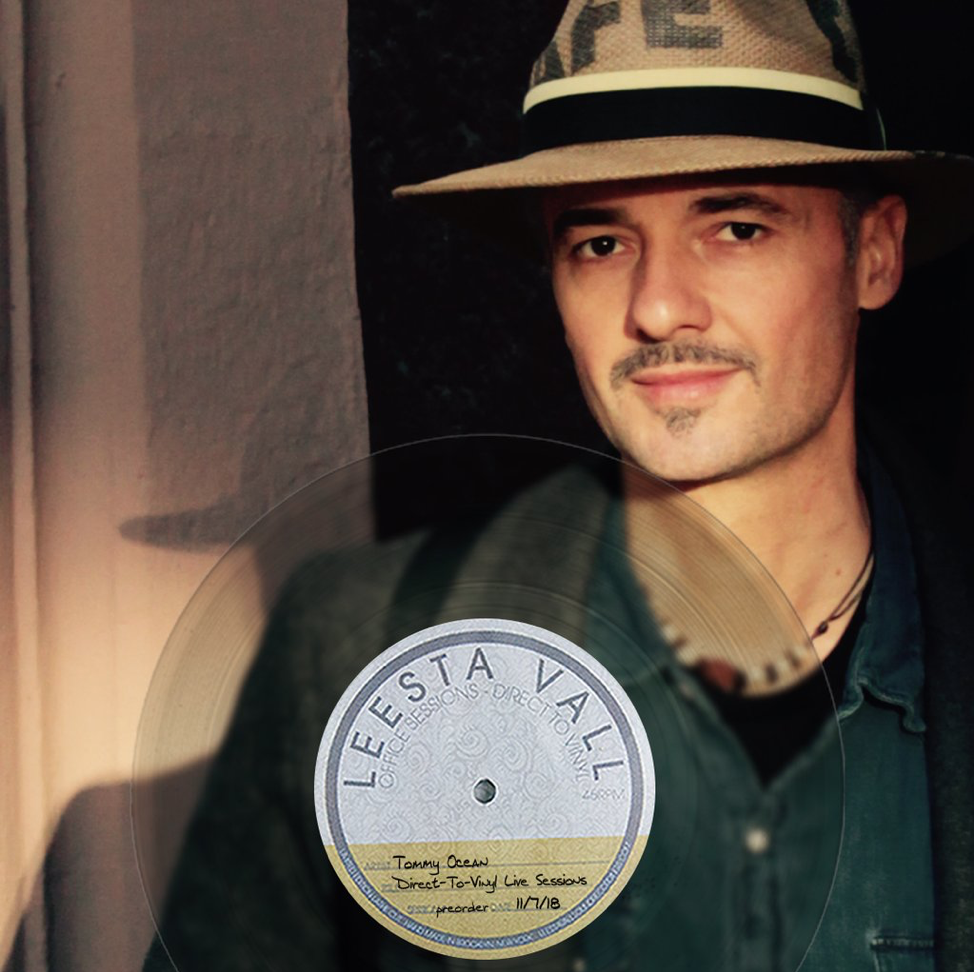 I’m not sure where my musical skills came from but I’ve always wanted to sing and make music. My grandma was said to have been a violin player…  All the other family members were rather passively into music but I started to sing and home record at about the age of six.

A friend of my family, who was an amateur drummer spoke of talent and advised my dad to get me some musical lessons. He supported me, resulting into classical guitar and piano lessons which gave me a head start. I liked the sound especially of the fingerpicking guitar but the music I had to learn wasn’t exactly the music I wanted to play at that time…

My dad sadly died when I was 12 years. Many things changed, problems in school arose. My mom found a new partner and he brought some new music with him: Dire Straits! I loved Dire Straits (and still do) maybe as much as I hated the loss of my real father.

Music became something like a shelter to me, where things were graceful and encouraging and I listened quite intensively but I had become passive in terms of music.

As a young teenager, that all seemed to change. I was once again inspired by school buddies singing and playing songs I liked on country and electric guitars. With newly inspired energy, I took out my classical guitar and restarted playing and joining them.

I discovered making music as way to get over bad things and have fun with similar minded people. After insisting intensively, I even got my own electric guitar for Christmas. All I could play at that time on electric was “All Along The Watchtower” but sounded pretty cool to me!

I spent some time getting into electric guitar, trying out different styles by watching music videos, studying guitar books and playing along with friends, eventually founding a school band named “Out Of Order”.

As a band, we played mostly Grunge (Nirvana, Pearl Jam, Rage Against The Machine-it was that time…). The first gigs followed as a support act of regional bands, me playing lead guitar and singing a bit in the background. The band was great fun but I couldn’t see it going professional.

Life moved on and I became a university student. During this period, my mother died of cancer, making me rethink life in general. I decided to move on with what I did at that time: I had become a student in cancer research.

One day, my girlfriend invited me to a Bryan Adams concert and I was impressed by the positive vibes Bryan was sending with his music. He made me remember the good old times as a band player and I once again became inspired to start something new.

The little band named “TaZoa” (Greek: The Animals) with just 3 members: a drummer, my girlfriend on bass and I sung and played guitar. I even wrote some first songs which we played along with Rockabilly covers-great fun again, we played some gigs in different regions of Germany.

Later on in busy work life, I rather collected guitars than playing them. Sometimes, I sung karaoke, where I noticed my voice gradually developing… One day, I made an important discovery (on a CD I got as a birthday present from my wife’s aunt): Dylan! It was the first time lyrics really spoke to my heart! With time, my collection of Dylan and Folk got bigger, and I met a colleague (my boss at that time) who played the guitar and was pretty much into folk.

Eventually, we played some tunes together on company parties. I went on with singing and playing mostly finger style acoustic guitar. One day on a camping trip in Denmark, I played solo for people at a campfire, just for fun- but it turned into a little concert like event where people sat still listening to me and literally wanted me to play every song I could!

They even encouraged me to go on with making that kind of music-an answer to a question I’ve never asked them…It was a key event, something I’ll never forget during lifetime, I guess. So, I learned more Folk songs discovering more great and iconic artists like Richie Havens, Woody Guthrie, Pete Seger and Johnny Cash.

With time, I began to write my own Folk and revised some old tunes.  Eventually, I got signed by an indie label to produce my debut EP “Offshore”: a Folk album in its core still containing some electric elements.

Currently, I’m working a purer Folk sound: Voice and acoustic guitar only.
The first single in this context and my latest release is “Another Day, Another Time”.

This song is about…
“Another Day, Another Time” is about hope and persistence. Sometimes, it’s maybe hard for others to understand where you are heading- everyone has a different background and made different experiences throughout life… Or you have to go through tough life events where even some of the closest relatives might deceive or disappoint you.

All this can make it hard for you to keep on track believing into a better tomorrow.
But, at least in my experience, when you find strength to keep on your course, I’ve often experienced that you can achieve things pretty much out of reach at first sight-and that’s what I want to transport with this tune.

The song is full of strength to me and already helped the songwriter himself to overcome bad things!

Influence…
Bod Dylan: I just love his lyrics, full of positivity, philanthropy and love. It think I understand many of his songs not only intellectually but emotionally and that’s what it makes Dylan so special to me.

Mark Knopfler: He is just a master of painting with sounds and plays so beautiful on his guitar by fingerpicking and wrote many iconic songs. I’m a big fan since my early youth.
Richie Havens: He is a big discovery I made via Bob Dylan. I like the positivity around him as a person on TV and the way he touchingly sings and interprets his or other’s songs plus the grooviness in his guitar strumming.

Johnny Cash: I like his lyrics and his way of singing. He never screams, never forces his voice into e.g. high notes-but sings pretty touchingly. I like his coolness and cowboy style and the sometimes contrasting joy and love he expressed especially with June Carter in mind…

The Music…
I mostly write my songs playing my acoustic guitar and writing down my associations, then again refining the music, then again lyrics and so on- until I think that more would be an overload…

I’ve got two favorite Guitars – I really can’t decide which one is better, they both have their advantages: a Martin HD35 and a Guild D50 Bluegrass Special.

What have I learned..
1) You don’t need a costly studio production to get good quality Folk recordings.
2) Good microphones are critical
3) There can be huge differences between acoustic guitars and the sound they produce…